10 Top Places to Visit in Antigua 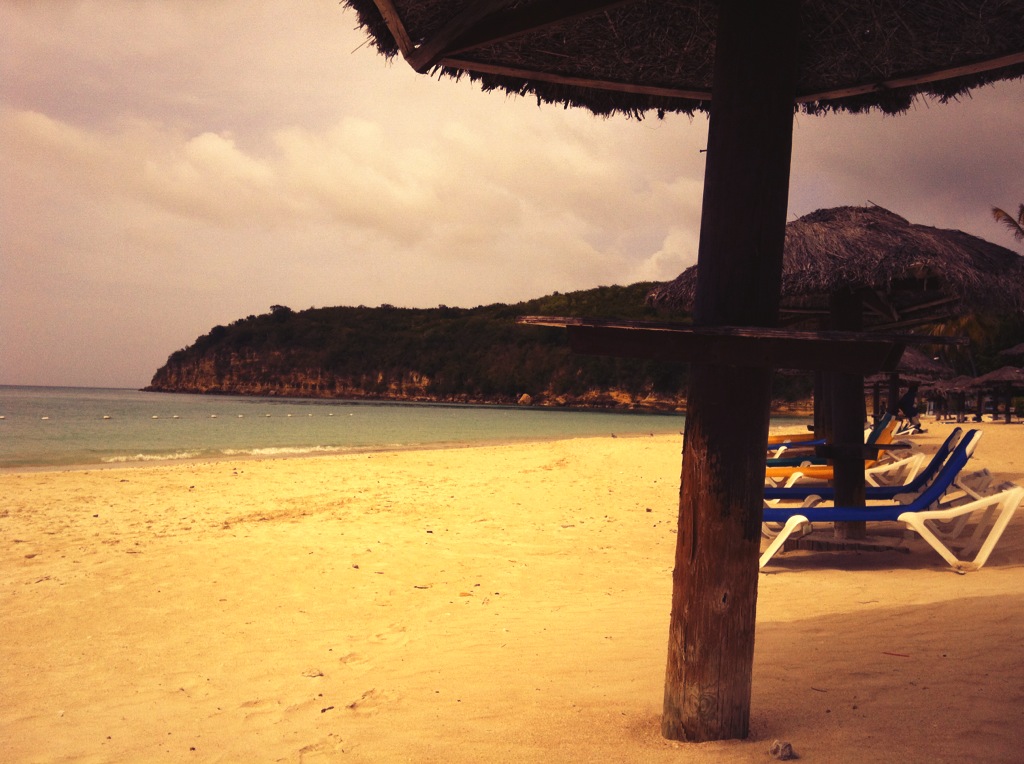 Thinking about visiting Antigua but you want to know where to go? Here are five of the top places to visit in Antigua

Deep Bay boasts one of the most beautiful beaches in Antigua, but also so much more. Deep Bay offers a beautiful white sand beach just a few minutes drive from the capital, St. John’s. The often peaceful waters and varied marine life make it a great option for snorkelers and families alike. If you want a truly exceptional snorkeling experience, you can swim out to the Shipwreck “The Andes” located in the middle of the bay. This ship, which was ship carrying pitch from Trinidad, sunk in the bay in 1905. Varied marine life have made the shipwreck its home, and you can expect to see a number of fish and even turtles within it’s shadow. On the northern end of the beach at the top of a hill lies Fort Barrington, which served as an important military defense post for the British against the French and other colonial powers. Now just a relic of the colonial past, you can make the short hike up the hill to the top of the fort for spectacular views of St. John’s and the surrounding environs. Now if you stay at the popular Royalton resort you are directly on this beach.

Located on the eastern end of the island, Betty’s Hope is the first large sugar plantation that was built around 1650, and a project is currently underway to restore the plantation to its former glory.  Built by the then Governor Keynall, the plantation was passed on to  Christopher Codrington, the Governor of the Leeward Islands who named it after his daughter. The Codringtons who had ownership of the plantation for the next 300 years. A relic of the colonial era, this large plantation was staffed by hundreds of slaves. 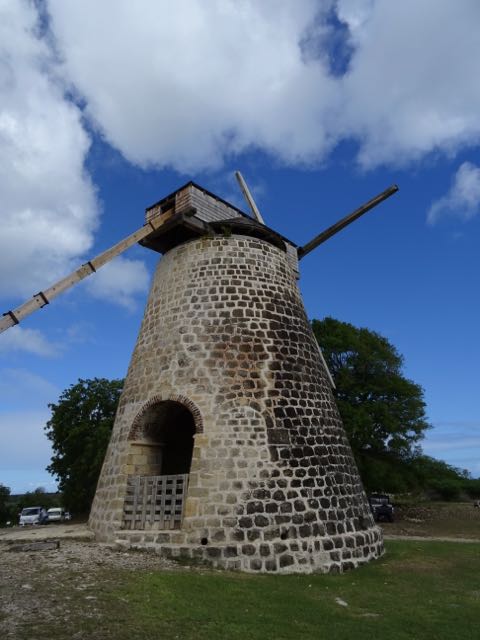 The hallmark of Betty’s Hope is the twin windmills, which crushed cane to produce the valuable sugar that was the country’s main product. Other buildings that have been restored include a massive cistern that supplied water to the plantation and nearby villages, the Great House and adjoining houses where the Codrington family and managers lived, and the boiling and curing houses, where the sugar cane was processed after being crushed. These buildings are signposted and there is also a small museum for visitors to learn more about the colonial history of Antigua and Barbuda.

Devil’s Bridge is part of the National Park area that was established in the 1950’s, and is located on the eastern end of the island past the village of Willikies. Devil’s Bridge refers to the stretch of limestone rock that was carved out from the rough sea waters that buffet the coast, forming a natural bridge between two pieces of the mainland. It is said that Devil’s Bridge got its name from slaves who used to throw themselves into the rough waters, committing suicide in an effort to escape the hardships of slavery.

If you’re looking for places to visit in Antigua then Half Moon Bay must be on the list. Located on the eastern end of the island, this beautiful yet quiet beach offers a respite from the hustle and bustle of other more crowded beaches. 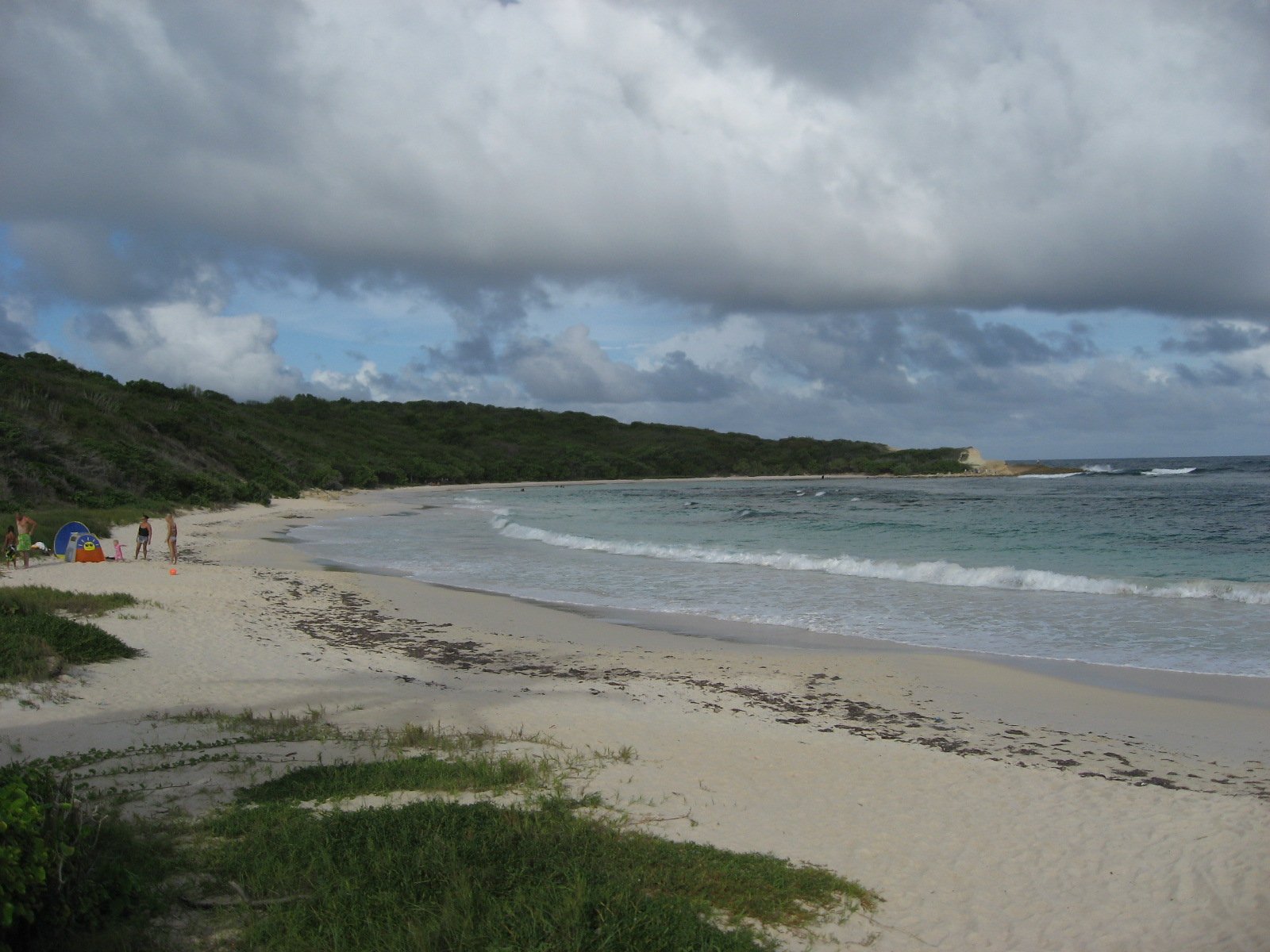 Half Moon Bay on the blog

The beach gets its name from crescent shape, reminding one of a half moon. On one end lies an abandoned hotel which was significantly damaged after Hurricane Louis in 1995. This stretch of beach generally has rough, choppy waves, good for body surfing. However, on the other end of the beach is a quiet, shallow area, protected by the reefs that are great for snorkeling. Continue walking along the cliffs and you’ll find clay mud, which reportedly has exceptional rejuvenating and skin cleansing properties.

6 more places not to miss in Antigua

The capital city and port where you will arrive as a cruise shipper. Within the city you can find some good places to eat and drink a casino, great shopping options and a buzzing atmoshpere. The salty caribbean warm breeze often punctuated by music either from passing cars or popup marketing thingmajigs. Close beaches are Fort James and Dickenson Bay. There is a lovely Cathedral where you can say a few words and escape the hot sun.

2 resorts sit on this one of busiest beaches in Antigua; the Sandals Grande and Halcyon. The beach is unspoiled because the development is at this time low rise. Other things to enjoy are watersports such as jetski kayaking sup boarding or just wade in with a rum punch from Tony's Watersports- between the resorts.
Enjoy a stroll up and down the beach at any time of day. Fine restaurants exist such as Salt Plage and Anas. Then venture across the water to enjoy the very unique Kontiki Bar on the water.

This naturally deep bay was home to a stronghold for the English fleet in the 18th century. Managed by none other than lord Horatio Nelson restored buildings and dockyard things make for an interesting museum onsite. You can stay here (Admirals Inn) or just dine in the area such as at Incanto or Admirals Inn itself.

A popular weekend beach with locals and expats. Bumpkins restaurant and bar and also Catherines Cafe Plage are two different options for enjoying the good life. The beach offers calm water which is usually not bothered by jetskis and offers some half decent snorkling. Some trees offer shade.

Jolly Harbour a man made marina offers an 18 hole top rated Golf course, Gym, 2 beaches and more restaurants and bars than you can make in a few nights. That's good as many like to take vacation rentals in this gated community for a weeks vacation. It's a good part of Antigua to base yourself in. With other top class beaches around, restaurants West Coast Village Valley Church Beach as example places to look for.

Editors note:as of the latest situation late 2022 this is closed.

Situated in the shadow of an old sugar mill, Harmony Hall has one of the best art gallery’s on the island featuring paintings and exhibitions from local Antigua and Caribbean artists. In addition to the art gallery, Harmony Hall also has a Mediterranean styled restaurant and is open for lunch and dinner.  There is also a small bed and breakfast on site, with air conditioned rooms and a swimming pool, and a small beach for guests. Boat trips can also be arranged from Harmony Hall to Green Island, where visitors can soak up the sunlight on one of several secluded beaches.

Are you an Antiguan expert? Even if you visited once but discovered a gem of a place we would love to hear from you in the comments.

What are your top places to visit in Antigua? Let us know and we will add it to the article.